Diving in Hawaii: A Quick Guide 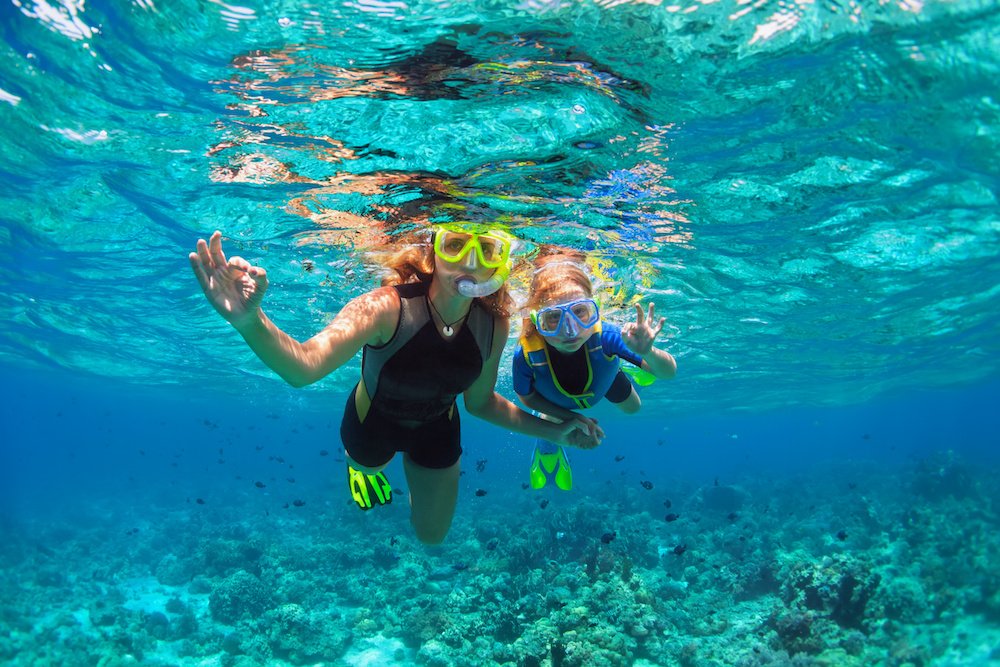 Diving in Hawaii is just one of the many activities you can do while on the islands.

Ideal for people who want to travel to a new destination without having to leave the USA, there’s plenty that the dive spots in this area have to offer.

With a beautiful culture that will improve your spirits immediately upon arrival, you’ll surely love the dive culture in Hawaii.

When compared to other locations around the globe, Hawaii has an onslaught of scuba diving options for all experience levels.

You can dive with Galapagos sharks, adventure through lava tubes, and experience underwater rock formations that are seemingly out of your dreams.

Overall, the marine life in the area is well protected, so there’s an abundance of different underwater species you can set your sights on for an exciting adventure.

Even for those in your party who aren’t fans of scuba diving, Hawaii has plenty of snorkeling and land-based activities to take part in.

However, their diving is by far one of their most notable water activities that are sure to make your top ten list of things to experience in your lifetime.

The Best Time for Scuba Diving

What you’ll love the most about this area is that diving is available year-round, but some times are going to be far more populated than others.

You will also want to pay close attention to surface conditions, especially in the winter, as plenty of dive spots are likely to be closed for safety.

There are three main diving seasons to consider for Hawaii, Summer, Low Season, and Peak Season.

During this time of the year, you’re going to see the most number of tourists, mainly as it revolves around the holidays.

It’s likely families, couples, and retirees will take up most of the islands, but these individuals will spend most of their time on land.

Unfortunately, from December to March, you’re likely to see the highest number of dive spots closed, as the surf is the highest during this time of year.

One of the most exciting facts about peak season is that it’s the best time to experience whales.

You may want to consider visiting the islands for whale watching tours or liveaboard tours, so you don’t have to get into the water to see marine life.

2. Low Season (April to Mid-June and September to Mid-December)

Affordability can be one of the most significant deterrents of visiting Hawaii for scuba diving.

That said, if you plan your trip during the low season, it’s going to be less expensive.

In spring and fall, you’re going to appreciate the calmer waters that are paired perfectly with beautiful weather on land.

You will also find that during these months, you’ll have optimal visibility while beneath the surface.

Similar to peak season, during the low season, you may want to avoid Thanksgiving and Easter, as these are two popular times to visit the islands and can significantly affect pricing.

The last season for diving is in summer, and it’s likely to be the most crowded since kids are out of school and free to go on vacation for the season.

For divers, this shouldn’t be a problem, as most families are likely to visit attractions on land compared to those in the water.

By far, the most popular species to look for when in Hawaii are the nesting sea turtles.

With five different species native to the islands, you are bound to see several types during your stay.

Apart from turtles, there are plenty of other types of marine life that are stunning and can transform an ordinary dive into something spectacular.

Here is a list of the most prevalent species in the area and the best months to see them:

Hawaii is considered to be a tropical destination, but as the waters are so deep, the temperatures aren’t as high as you would expect.

On average, you’ll find temperatures reaching a maximum of 80°F during the year, though they may get as low as 74°F.

It’s rare to find dive sites in this area that offer less than 30 feet of visibility, as most areas offer 100 feet or more, which are ideal conditions for viewing marine life.

Another essential feature of the diving conditions in this area is the currents.

Most of the currents are highly predictable, which can make it easy to navigate through the waters and know when the best time to dive is.

You’ll also find it’s best to talk to locals, as they’ll be able to give you the best information about currents before you head out.

Compared to other locations around the world, diving around Hawaii is applicable to divers of all experience levels.

Whether you have recently been certified or if you have been diving for years, there are sites for anyone.

One of our favorite features of the islands is that everything you need for diving is readily available.

You can even opt to get your certifications when you land, instead of signing up for courses beforehand.

The most crucial diving training you will need to have is Open Water, at a minimum.

The vast majority of sites are reachable by boats, so it’s best to book your trips beforehand to make sure you can visit all of the best locations during your stay.

You may also want to consider Wreck Diver and Deep Diver courses from PADI so that you can explore the fantastic wrecks far beneath the surface.

As an added ounce of protection, a Fish Identification course is highly recommended so that you can quickly and easily identify marine life.

The Best Diving Sites in Hawaii

Each of the islands has places you’re going to want to visit during your time in the state. Our highest recommendations include:

If you’re interested in venturing into caverns, Lana’i is by far one of your best options.

The two most popular sites are Cathedrals I and II, which are fully accessible by chartered boats.

There’s a lot to see in this area, mainly if you depart from Maui, as in the winter, it’s home to plenty of humpback whales.

The vast majority of hotels along the coast in Maui have an assortment of house reefs for you to explore.

These reefs can be home to schools of fish, eagle rays, Lagoon Triggerfish, and turtles, making it an iconic location for capturing photos.

If you’re looking for the most popular dive site, Black Rock is where you’ll want to spend most of your time.

Maui is home to an assortment of protected marine life, which makes it a stellar location for divers searching for more than underwater wrecks.

Frequently, you may even encounter larger pelagic animals, including whales, sharks, and mantas.

As one of the most populated dive spots in the world, O’ahu has a little bit of everything for everyone in your traveling group.

If you’re a wreck diver, you’ll love exploring the San Pedro and YO-257 wrecks that are only 120 meters apart from one another.

You can even take a look at The Sea Tiger, right off Waikiki, which is a world-famous smuggling vessel that has become home to frogfish, pufferfish, and eagle rays.

If you’re visiting O’ahu during the summer months, be sure to visit Shark’s Cove and Three Tables.

Hawaii is home to plenty of amazing activities, especially if you want a diving experience that is relatively close to home.

With diving in Hawaii, you’ll see plenty of different types of underwater life as well as an assortment of natural underwater attractions for you to explore.

Everything that you would expect from a tropical diving vacation is right at your fingertips when you visit the islands.